Summer came and went quickly this year!  But we were able to squeak in a week at Cape Cod before school started.  As it was our first trip to the Cape, I was very excited to view the lovely homes on Cape Cod.  Especially since I grew up in one during my early years.  I was not disappointed.

While the homes ranged in size and complexity, there were commonalities that inspired me to learn a bit more about this popular style and its history. The original Cape Cod style was originated by early settlers’ need for efficient and affordable housing that could withstand harsh the New England weather.

Early Cape Cod homes were typically one story cottages with steep roofs with side gables and small roof overhang, a central fireplace and little ornamentation. They tended to be symmetrical in appearance with the door in the center.  More of a cottage, really. 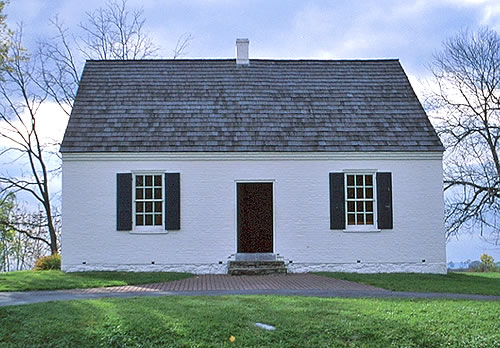 Now early settlers did not call them “Cape Cod” homes at the time.  It wasn’t until Reverend Timothy Dwight IV (a president of Yale University) recognized these houses as a class and coined the term “Cape Cod” after a visit to the Cape in 1800.

Over the next several generations the Cape Cod style home evolved to include shutters, dormers and the chimney moved from the center of the home to one end.  Most are 1 1/2 stories high with the master bedroom on the first floor. During the colonial revival times of the 1930’s, Cape Cod homes became very popular and were mass-produced in the suburbs.

Here are a few beautiful homes I saw on vacation that I especially loved (many in the Chatham area).  Not all are technically Cape Cod styled homes, but many have some of the same characteristics.  I was making my husband drive slow as I hung out the care window with my camera like a dog.  Seriously! 😉

See if you can identify any Cape Cod characteristics in these gems.

This one is probably my favorite.  I love the porch. 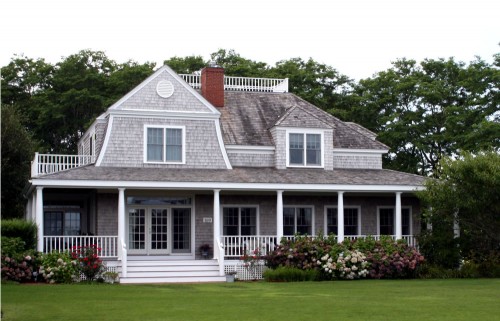 Many older Cape Cod homes have been expanded for more space.  You can see the symmetrical balance of the core center of the home, as well as the steep roof, dormers and central fireplace. 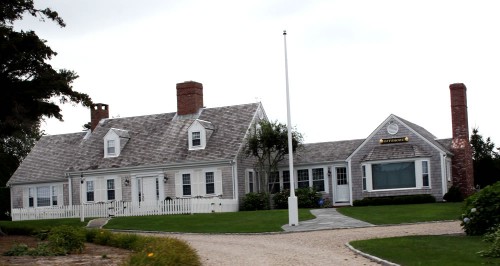 A lovely ocean-front home.  I love everything about this one!!

How charming is this!?! 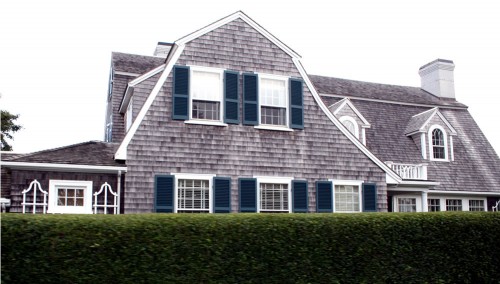 Another beauty.  Don’t you just love the porch on the left? 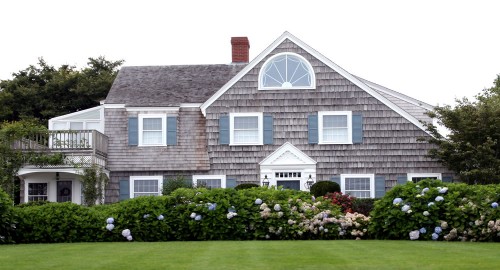 Ok, technically this next one is more of a colonial, which shares many of the same characteristics of a Cape Cod with its symmetry and use of dormers on the additions.  How could you not be impressed with this beautiful home! The gardens alone are amazing! 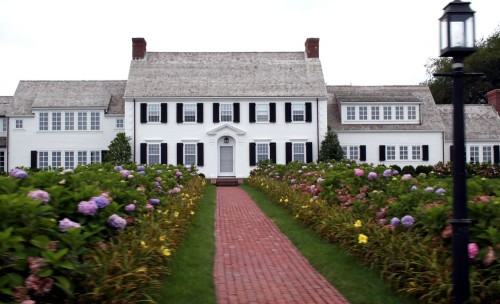 Most people would return from vacation with snapshots of the beach and kids.  What can I say…I’m not your typical traveler!

Did you go anyplace new for vacation this year?  What kind of homes did you see?

« Hooking Up Kids Rooms For School
Inspired by a Vintage Fan »