We’re in the final stretch of this project – stay tuned for “after” photos! ~Susan 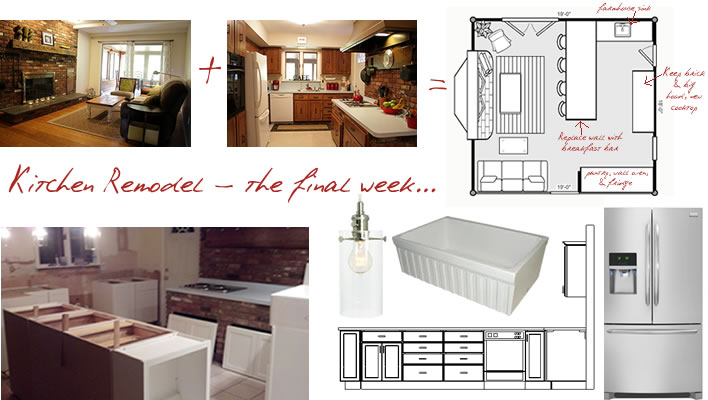 I’m only halfway done unpacking, and already I’m dying to play matchmaker and hook up the kitchen and family rooms for a lasting relationship!  But in the meantime, I’m finding charm in these two long and skinny rooms that were oh-so-clearly meant to be together.

First, let’s look at the kitchen BEFORE we moved in: 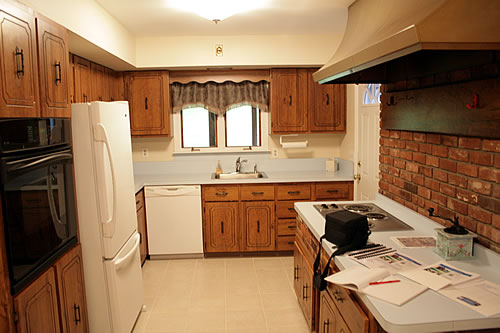 And after squeezing in as much of our stuff as we could: 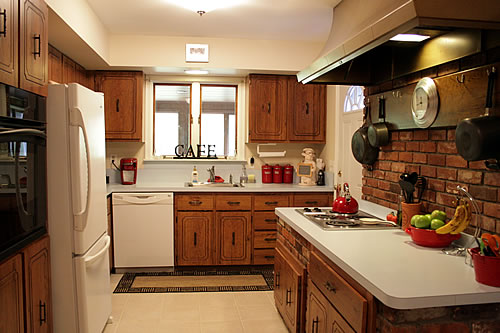 The small, “vintage” kitchen is teaching me that more is not indeed more. In fact, I log fewer steps throughout the day as much of what I need is within reach (a.k.a., silver lining).

The most obvious feature of this 1964 kitchen is the brick around the stove top. It is so beautiful that I forgive the stove top that one of the burners doesn’t even work anymore.  I love the oversized range hood and head to toe brick. Here’s a closer look: 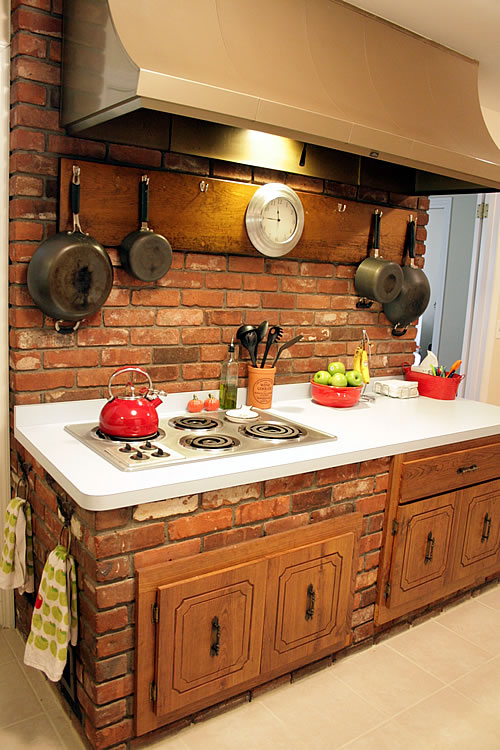 Using the board behind the stove as a pot rack saved me oodles of space in a cabinet and has resulted in less swearing under my breath as I struggle to pull pots and pans out of lower cabinets: 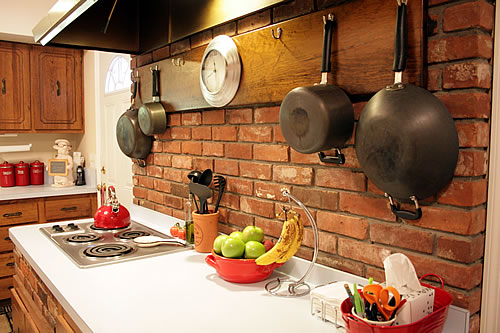 While I’ve got ideas for the sky blue Formica top, small cabinets and eclectic appliances, I’m feeling at home in my little “character” kitchen (for now).

Now, let’s peek at the neighboring family room. First, some BEFORE and AFTER pictures: 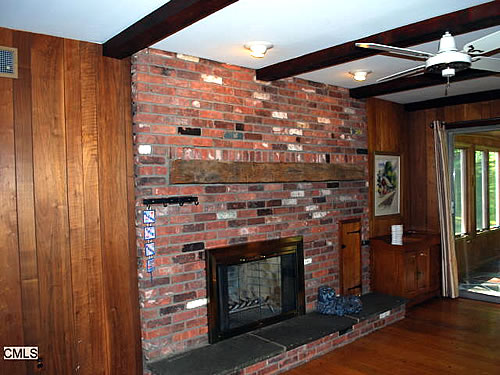 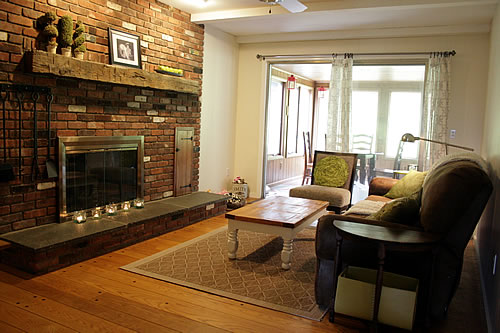 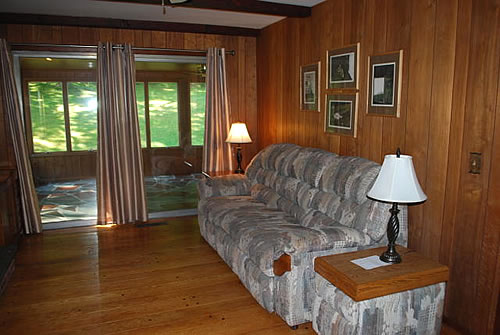 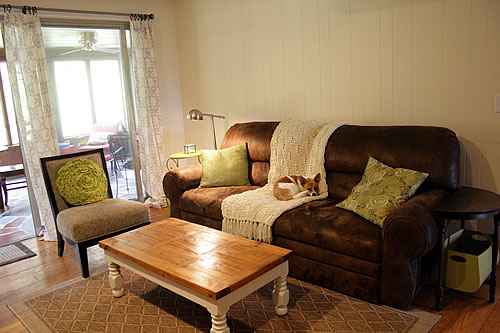 Note that wall to the right backs up to the kitchen. Sledge hammer, anyone?

Disclaimer: the mls before photos were taken before the homeowner decided to paint the paneling. Smart move.

It’s a narrow room, but for some reason, it’s the one we seem to hang out in the most.

Ok, fast forward to sometime next year…I want to bust down the wall that keeps these two apart, and create an open concept entertainment zone. Can you imagine the book-end brick feature walls?

Since I’ve got a little time to mull over design ideas, what would you suggest?